30 Years ago CEO Tom Ursino learned from his Father Salvatore Ursino on how to make gelato the old fashioned way, using natural ingredients made from scratch. Salvatore went to gelato school in, the largest trade show in Italy, SIGEP. Bringing this knowledge back to Edmonton, Alberta, Canada in 1980, he and his brother in law Berto Bertuccio started their own miscrocreamery, and experimentation of recipes using local products. They found that Canada has some of the best dairy in the world, so why not try make the best product possible in bringing the best attributes that bring out the bets qualities in North American Ice cream mixed with Italian gelato formulation.

With the knowledge on what of each of the few ingredients used in making our ice cream, sorbet, and gelato….we are able to balance each product we make to have an outstanding palate satisfying experience.

From day one we have been pushed and offered to use premix bases, made locally or from overseas, but we still believe making a product straight from scratch. This sets us apart from other local wholesale producers in Alberta. We just believe in make an “Honest Premium Natural Product” that speaks for itself since 1981.

Our enhanced colours for some flavours as like in our strawberry, is made from beets. Also we now have switched over to cane sugar, from beet sugar as our sweetener.

On top of just quality attributes, our gelato is gluten free , and sorbets are completely vegan friendly. All our products are carrageenan-free.

In the Winter of 1980 Sal and Berto Bertuccio decided Edmonton need a good gelato, and or a good old fashioned real ice cream. There were no small batch gelato gelaterias, or ice cream producers. There were only the big dairy producers like N.A.D.P. and Palm Dairies. They went to Italy to learn the science and technology about gelato from the maestro of Gelato. Mr.Luca Caviezel . They say in Italy he wrote "The Bible of Gelato".

Returning back to Edmonton, Alberta, Canada they purchased some equipment from Italy to make some small batches. Starting out experimenting in a back corner of a local restaurant. Soon they started getting requests from some local scoop shop and restauranteurs. From then the business grew…even in one of the worst recessions where interest rates soared to almost 20%

Sourcing cream from local dairy producers, and other locally sourced ingredients when possible. Also, they were able to import premium ingredients like pistachio paste, hazelnut paste, etc. from Italy, fresh lemon juice from California, that weren’t available in Canada. By 1983 Pinocchios established a retail location where they produced the gelato and ice cream in a small batch creamery in the back. Based in a West Edmonton, they had people coming from all over Alberta to try the wonderful ice cream people were talking about. Everything was made from scratch. Every single ingredient you read on the ingredients they put in.

By 1990 the business was just run by the Ursino famiglia. Focusing more on the wholesale end of it for restaurants and small local grocers .Salvatore running the back, and wife Connie working the scooping in the front , and of course with some homemade Sicilian dessert

Pinocchio shutdown it’s retail doors to focus more on the wholesale end which has established itself in more than 100 locations in Edmonton. This end of the business was a more consistent business year round, even when it hit minus 30C.

Tom has taken over the business, and help to continue growing the business with marketing, and special customer flavors for local establishments. Flavours like lice cream made with beer, wine, herbs, etc. Helping to try change a palate in blue collar society was a challenge, but still worth the effort in the end.

Business has quadrupled with the demand for quality product , made with natural, local ingredients, and of course passion. The demand , and request for special flavours has become a daily request from chefs, and customers. From garlic to Raspberry terragon….we’ve made em. Everyday we are looking for new challenges, as we hear the phone ring and hope for a new request. From delivery guy, to production, and to the office…..at Pinocchios it’s all about the passion, love, and ideas. It’s what sets us apart, going to sleep with a conscience. Looking forward to the next day, on what we can make better.

Testimonials What our Clients are saying 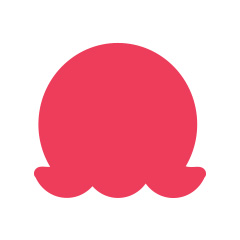 “We just bought our first tub of your pistachio ice cream and it will not be our last!! It was AMAZING!! I can’t wait to go back to the Italian centre and try more flavors. Thanks so much for making such a creamy and delicious ice cream”.

Get on our enewsletter for exciting news on new locations, new flavours or how to create a whole sale order. Type in your email address and click submit.

Tweeting Our Way Out There